If you know me at all, you know how much I enjoy asking about people’s stories. Our first guide down the river was a well-to-do Quiteño who had actually spent a few months improving his English and working at the Six Flags in St. Louis, Missouri in his teenage years. (Small world, right?) After we arrived at the lodge, he turned us over to our guide for the remainder of our time there. 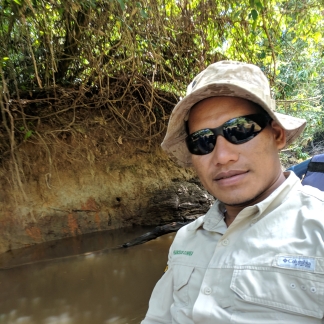 He introduced himself as Francisco, but everyone kept calling him Chilango and I was getting really confused because chilango is a slang term for someone from Mexico City. I was in the middle of the Amazon, nowhere near Mexico, and I was trying to figure out how a Mexican guy had ended up there. I expected this would lead to a great story, so, of course, I asked him and he explained that when he was a little kid, he liked to go fishing all the time. There is a local bird that also likes to go fishing that is called a chilango and that’s how he got the nickname.

Over the next four days, I kept peppering him with more questions in my kindergarten level Spanish and I found out that his mom was from the Siona community nearby (in the north) and his dad was from Loja (in the south), both of his parents born within a few hours of opposite Ecuadorian borders. He grew up nearby, speaking Paicoca and Spanish, and his love for his community and the Amazon is evident in how he talks about the area.

Before he became a guide, Chilango was in the military and worked other random jobs. Eventually, he found his way into the guiding business, and passed the test the government gives to certify local guides, passing with a score over 80%.

Guides work for about 22 days and then have 8 days of vacation. Chilango owns a house just across the border in Colombia that he goes to when he gets time off. It’s cheaper to own property in Colombia and he can get there in a couple hours on his motorcycle. He’s been in one serious accident from an oil slick that left him with a straight raised scar on his neck and a more nebulous, sprawling one on his arm. The two roundish scars on his hand are from a cigarette he used to burn himself during a drunken moment after a girlfriend of six years dumped him as a reminder of what happened. She couldn’t get used to him being gone for so many days every month once he became a guide and left him for someone else.

One day he dreams of opening his own lodge in the Amazon, but it would take years to accumulate the money he would need. Chilango likes the other guides (mostly male), but he doesn’t really trust them enough to go into business with them. The day I left, he had gotten a call to stay on for another month of work so he wasn’t going to take his upcoming vacation to make extra money. The lodge owners determine who works when and guides only work when lodges ask them to, so it’s not always steady business, especially during the dry season.

Right before I left, I watched one of Anthony Bourdain’s shows where he questioned ecotourism as a return to colonialism. Ecotourism in the upper Amazon has clearly allowed the local community and certain individuals to have more income, but at what cost to their own personal lives? They are constantly and consistently dependent on mostly Westerners (both lodge owners and tourists, like me) for their livelihood. Chilango said that he was thankful for his job and that he got to work in such a beautiful and serene place near where he grew up, but all his stories were touched by a sense of loneliness. 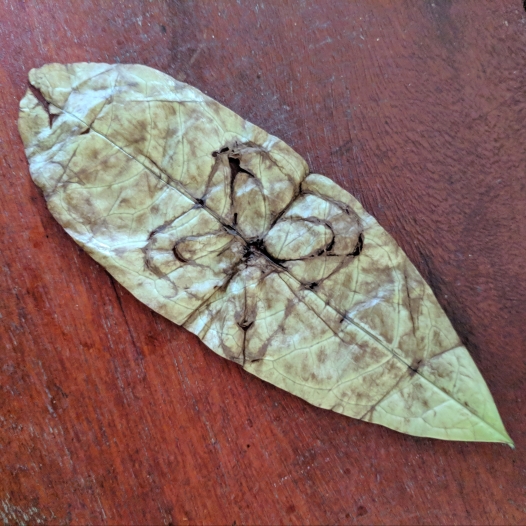 One thought on “Portrait of an Amazon Guide”

@ilanasomasunderam and I decided we'd hang out and make traditional Moroccan couscous today. It was fantastic and even better than I remembered. Not pictured: my kitchen floor covered with tiny pellets of goodness from the process. She also made these fantastic orange flower honey pistachio desserts. #eatingwell #friendsgiving #gratefulalways
One more botanical drawing using a subtractive technique which involves mostly drawing with erasers. This process actually brought me a lot of joy compared to the last one. #learningtodraw #graphitedrawing
I'm taking a botanical drawing class online and I'm actually pretty proud of this leaf I spent the last two weeks drawing. Along the way, I learned I have no patience for this slow, exact approach. 🤣 #learningtodraw #pencildrawing
Happy Halloween from this ridiculous sting ray.
Well, the bad news is I'm stuck in a cast for three weeks while my tendon heals. But the good news is I've got this awesome blue dragon nudibranch to keep me company as I heal. Thanks to the exquisite sharpie artist @salvador.playa. Contact him directly for commissions. 🙂
A bit late, but my niece turned five and she's the bestest niece in the whole world. ❤️
Loading Comments...